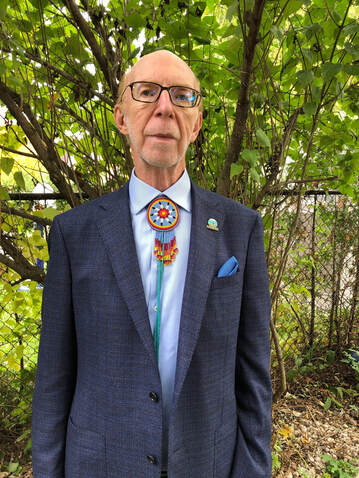 Georges Sioui is a poet, essayist, songwriter, polyglot, and world-renowned speaker on the history, philosophy, spirituality and education of Aboriginal peoples.

Georges Sioui is a Huron-Wendat. At 18 years old, he was the personal fishing guide of the Prime Minister of Quebec and of the country’s official guests at Expo ’67. He did classical studies in Quebec and in Nova Scotia and studied liberal arts and languages at Université Laval and Ottawa University. He has been Editor-in-chief of the Kanatha magazine, in Wendake, and of the Tawow magazine at the Department of Indian Affairs, in Ottawa. In 1980, he became Assistant Director General and Corporate Secretary of the Cree Board of Health and Social Services of James Bay. In 1987, Georges Sioui obtained, at Université Laval, an MA and, in 1991, a Ph. D, both degrees in History.


Georges Sioui has taught First Nations Studies at Universities in Canada and the United States. He has been Dean of Academics at the Saskatchewan Indian Federated College, at the University of Regina (1993-1997) and President of the Institute of Indigenous Government, in Vancouver (1999-2000). Georges Sioui is also an activist. In 1982, he initiated and successfully co-defended with his four brothers the now famous Sioui Case (Supreme Court of Canada, 1990), a case of territorial and customary rights. In 2003, Georges Sioui became Head of Research at the Indian Claims Commission, in Ottawa. From 2004 to 2012, he was the Coordinator of the Program of Aboriginal Studies at the University of Ottawa. He retired in January 2017 from his position of Full Professor and now dedicates himself to writing and speaking. Diverse organizations, governmental and others, occasionally solicit his help as specialist of the History of First Nations and Elder.​

An exploration of the historical and future significance of Canada’s Native soul.

Eatenonha is the Wendat word for love and respect for the Earth and Mother Nature. For many Native peoples and newcomers to North America, Canada is a motherland, an Eatenonha – a land in which all can and should feel included, valued, and celebrated.

In Eatenonha Georges Sioui presents the history of a group of Wendat known as the Seawi Clan and reveals the deepest, most honoured secrets possessed by his people, by all people who are Indigenous, and by those who understand and respect Indigenous ways of thinking and living. Providing a glimpse into the lives, ideology, and work of his family and ancestors, Sioui weaves a tale of the Wendat’s sparsely documented historical trajectory and his family’s experiences on a reserve. Through an original retelling of the Indigenous commercial and social networks that existed in the northeast before European contact, the author explains that the Wendat Confederacy was at the geopolitical centre of a commonwealth based on peace, trade, and reciprocity. This network, he argues, was a true democracy, where all beings of all natures were equally valued and respected and where women kept their place at the centre of their families and communities.

Identifying Canada’s first civilizations as the originators of modern democracy, Eatenonha represents a continuing quest to heal and educate all peoples through an Indigenous way of comprehending life and the world. ​