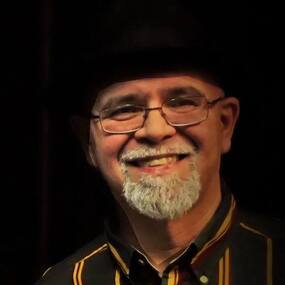 Originally from Montevideo, Uruguay. Sergio is a drummer and percussionist with an extensive career both in South America and North America. He studied with Jose Luis Perez and recorded and toured with Uruguay's top bands like funk band  Nuevo Testamento , jazz-rock outfit Siddhartha, singers Mariana Garcia Vigil, Elizabeth Rodriguez and Silvia Roca. He moved to Buenos Aires , Argentina in 1978, also lived in Lima, Peru. He moved once again in 1988 to Toronto, Canada. where he lives. Sergio has won two major drumset  competitions. In 1998 he won the Mapex International Competition been the only representative for Canada. He won a scholarship to study at the Stanford University with Billy Cobham, Francisco Aquabella, Zakir Hussain, John Santos, George Marsh and Albert Tootie Heath. In 1999 he  won the Pearl International Competition. In the year 2000 started The Poetic Drums Project recording a studio CD "Message from Mother Africa and a live video "Poetic Drums Live at The Music Gallery". He is also busy teaching drums and  is currently working in an instructional book and videos.